IgA is the most abundant antibody class in mucosal fluids, where it plays important antimicrobial roles involving several different mechanisms of action. Especially, IgA can fight against the mycobacterial antigens in the serum of Tuberculosis patients. Creative Biolabs is the long-term pioneer and undisputed global leader in the rapidly emerging market of therapeutic antibodies. We offer an extensive range of therapeutic antibodies specifically targeting a wide variety of diseases.

Tuberculosis (TB), one of the oldest known human diseases, is a potentially serious infectious disease of the lungs caused by Mycobacterium tuberculosis (Mtb). The bacteria are spread from one person to another through tiny droplets released into the air via coughs, spits, or sneezes. TB is a major killer, causing 1.5 million deaths each year with the majority occurring in developing countries, and the culprits of the acquired immune deficiency syndrome (AIDS) epidemic. Over time, TB can spread to other areas of the lungs, and larger areas of lung tissue may die off, causing cavities. TB has many manifestations that affect bones, the central nervous system, and many other organ systems. Progress in tuberculosis may have several consequences, depending on the response of the host immune system. People with well-functioning immune systems may not experience TB symptoms, even though they are infected with the bacteria.

Immunotherapy aims to shorten the chemotherapy of TB, thereby reducing the rate of treatment default, inhibiting the spread of infection and the development of drug-resistant Mtb strains. Most of the IgA found in the mucosal fluids is secretory IgA (sIgA), which is formed when polymeric IgA binds to the poly-immunoglobulin receptor (PIGR) and is expressed outside the basolateral membrane of the epithelial cell membrane. While retaining a portion of PIGR, the antibody is subsequently translocated into the mucosal lumen, where it can bind to invading pathogens, causing them to be neutralized or "excluded" from infection. sIgA also blocks viruses that infect epithelial cells during antibody transcytosis. These important functions of sIgA, combined with its increased stability in the harsh mucosal environment, make this form of IgA antibody particularly suitable for therapeutic purposes, especially against infections.

Moreover, it is shown that antibody isotypes (especially IgA) are protective against TB. A mouse IgA monoclonal antibody (mAb) against the a-crystallin (Acr) antigen of Mtb was reported to reduce early pulmonary Mtb infection in BALB/c mice through intranasal inoculation rather than through the systemic route. IgA is secreted during contact of Mtb and/or its antigen with mucosal surfaces, which stimulates the release of cytokines. Therefore, the IgA-mediated inhibition of Mtb infection has a potential therapeutic effect. In summary, the described protection against Mtb infection by intranasal treatment with human IgA mAb represents an important step toward the possibility of passive immunotherapy in TB patients. 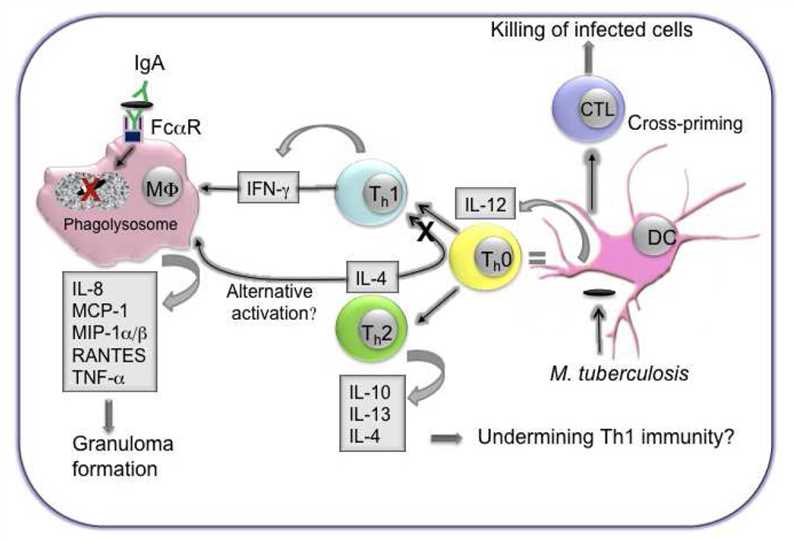 Fig. 1 Proposed mechanisms of immunotherapy of Tuberculosis with IgA. (Reljic, 2012)