IgM is well conserved in evolution, being the only class of antibodies to be present in all vertebrate species. There is an abundance of natural antibodies of the IgM isotype and such antibodies do not require somatic mutation or gene rearrangement. Furthermore, IgM, in virtually every animal species studied, has a low affinity for specific microbiologic pathogens; such antibodies are often polyreactive and are critical for initial recognition of infectious agents, including bacteria and viruses and modified self-antigens. Polyreactivity, antimicrobial activity, and housekeeping functions, such as the capacity to promote the removal of apoptotic cells, belong among the key properties of IgM. 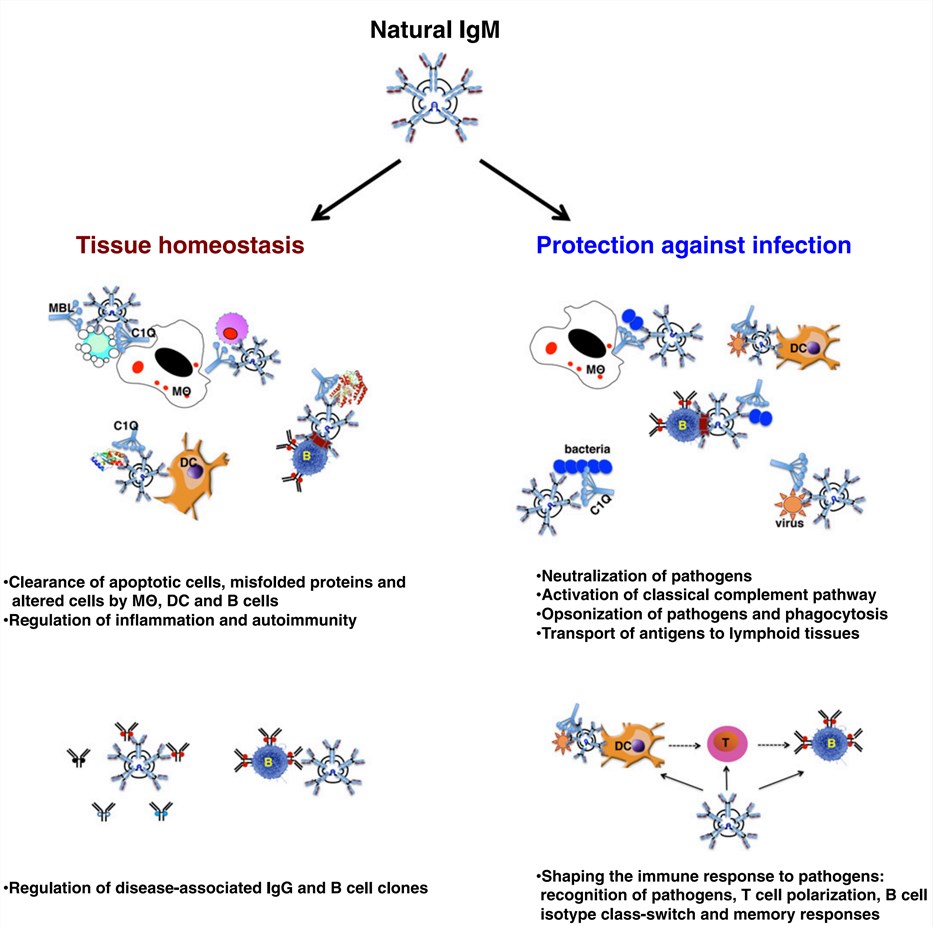 Primary selective IgM deficiency (sIgMD) is thought to be a rare primary immunodeficiency disease (PID). It is characterized by low serum levels of IgM and normal IgG and IgA levels; however, the IgE levels can be increased. The definition of sIgMD based on IgM levels remains problematic compared to selective IgA deficiency (sIgAD), in which an immeasurable level of IgA is a criterion for the diagnosis. In some previously published cases of patients with sIgMD, the IgM levels are just slightly below IgM reference ranges. The clinical features of these patients are variable. Although upper respiratory tract infections, e.g., rhinitis, otitis media, and sinusitis, were among the most common clinical symptoms found in sIgMD patients, they also presented with various other manifestations (e.g., sepsis, meningitis, and anaphylaxis). 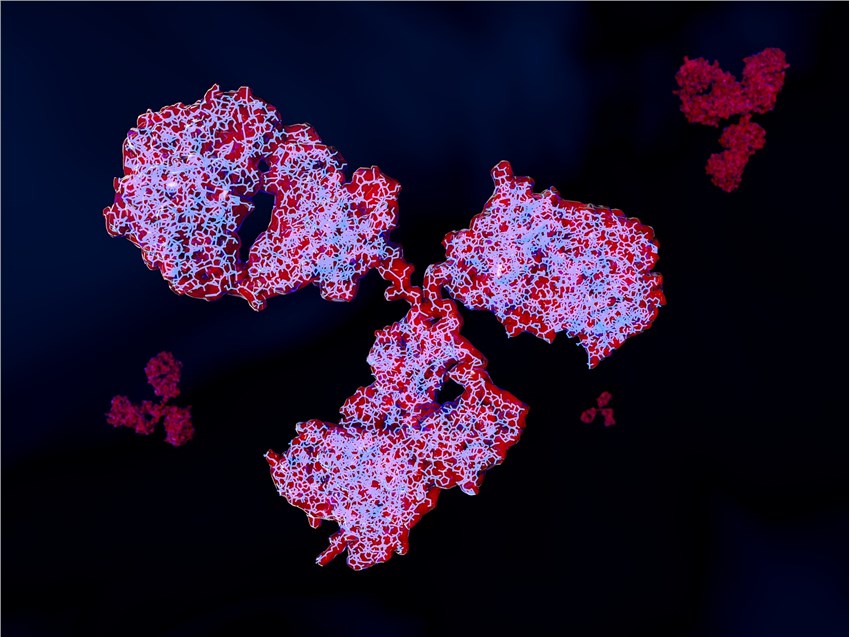 The hyper IgM (HIGM) syndromes are a group of rare inherited immune deficiency disorders characterized by low or absent serum levels of IgG, IgA, and IgE with normal or elevated serum IgM. Affected patients are susceptible to recurrent sino-pulmonary infections, opportunistic infections, neutropenia, autoimmune disease, and cancer, particularly of the liver, pancreas, or biliary tree. The defect in HIGM results in a failure of immunoglobulin isotype switching in B cells from IgM/IgD to IgG, IgA, or IgE, which requires contact-dependent help from T cells.

The pathophysiology of IgM is rarely a focus in human autoimmune disease, despite the increased recognition of B cells as antigen-presenting cells and of B cells as a promiscuous point in immune pathways. Clearly, B1 B cells both in humans and mouse cells are part of the innate immune response and critically interact with infectious agents. In contrast, the study of immunoglobulin isotypes in autoimmune hemolytic anemia has led not only to better methods of classification but becomes the paradigm for treatment. Primary biliary cirrhosis is relatively unique in having isolated IgM levels that are elevated in both AMA positive and AMA negative patients. Immunoglobulin class switch recombination deficiencies are characterized by a marked increase of IgM levels in the majority of the cases and concurrent autoimmune phenomena in a significant proportion of the affected individuals. The link between hyper IgM syndrome and autoimmune phenomena reinforces the role of this molecule in the induction of autoimmunity. Such studies have highlighted important and diverse roles for IgM and may help us elucidate the role of increased IgM in the loss of immunological tolerance.

There's been a lot of literature on the importance of IgM-related diseases. Creative Biolabs has also been working on non-IgG antibodies for years. Based on strong foundations and extensive experience, we have established a comprehensive technology platform providing high-quality non-IgG relevant services including but not limited to:

If you are interested in non-IgG antibodies services or you have any other questions about our services, please don't hesitate to contact us for more information.