Currently, all antibody therapeutics are of the IgG isotype (predominantly IgG1), which is the most abundant antibody isotype in human serum. These IgG antibodies do not recognize the FcαRI receptor (CD89) that mediates the effector functions of IgA, the second most abundant antibody isotype in human circulation and the most prevalent in mucosal secretions. FcαRI is constitutively expressed on many cells of the myeloid lineage, such as neutrophils, macrophages, Kupfer cells, and eosinophils. Recent studies have demonstrated that engagement of FcαRI by IgA can elicit effective clearance of tumor cells in vitro and in animal models. The ability to capitalize on neutrophils for the elimination of pathogenic cells, especially in cancer therapy, is particularly exciting because neutrophils constitute the most abundant leukocyte subset in blood and can infiltrate many solid tumors. However, there are many limitations of IgA such as heavily glycosylated hinge regions, short circulation half-life, as well as not binding to C1q and Fcγ receptors. These limitations make the use of IgA antibodies as therapeutics hampered. 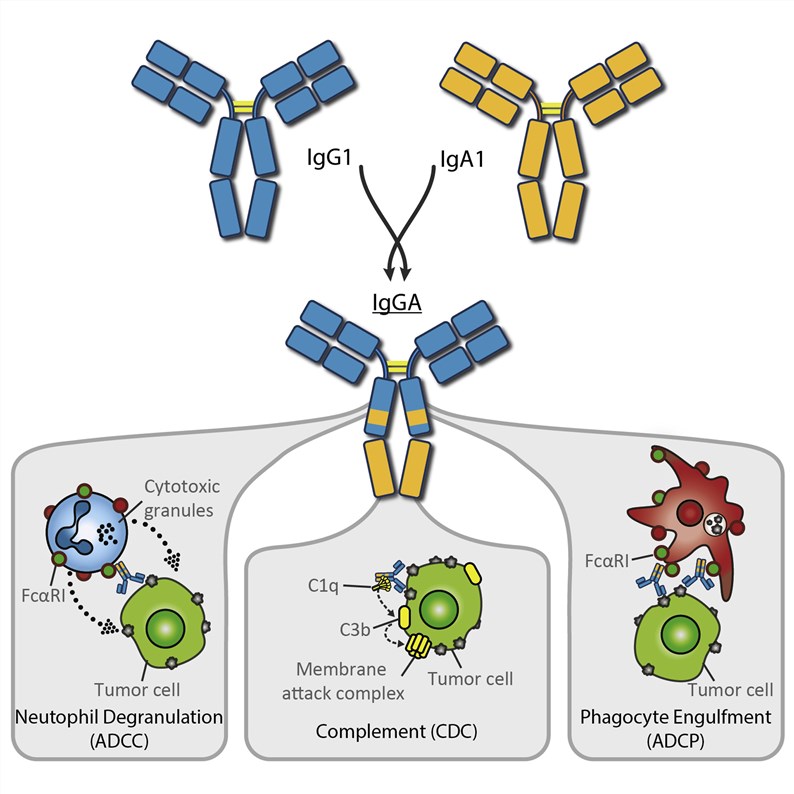 In order to make full advantage of the IgA antibody mediating potent ADCC and overcome the limitations of traditional IgA antibodies, a semi-rational protein engineering strategy was used to engineer and improve the performance of the therapeutic IgA antibody. IgGA was a human cross-isotype antibody Fc domain developed by Kelton (Kelton, 2014), possessing multiple immunobiological properties of both IgA and IgG isotype antibodies. 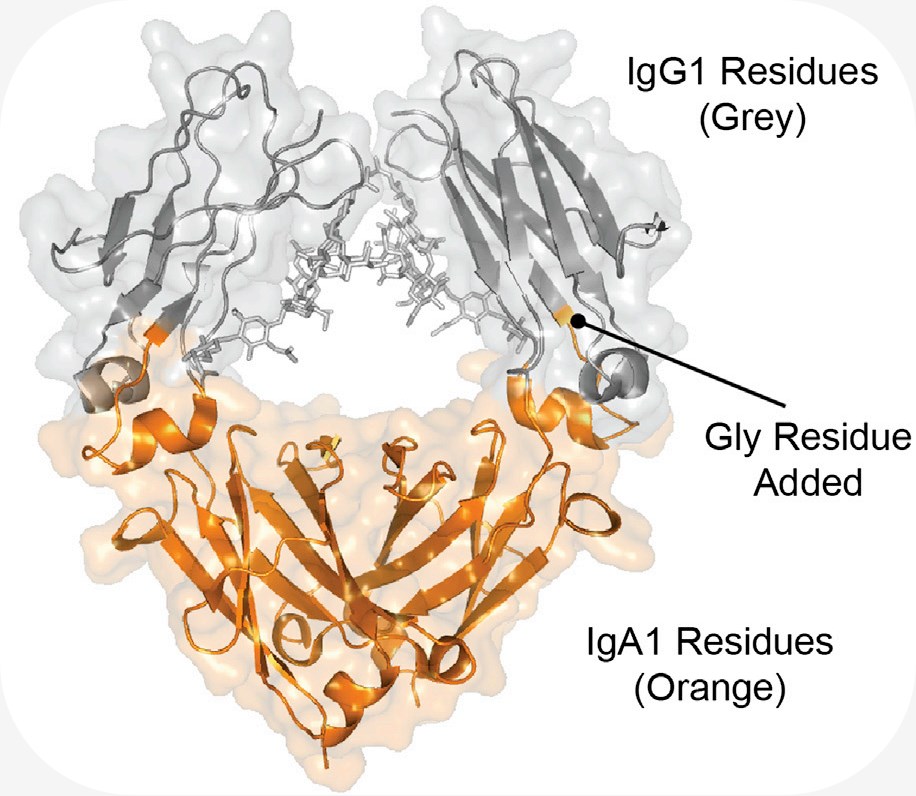