IgD has been considered to be an extremely evolutionarily conserved Ig isotype besides the IgM found in all classes of jawed vertebrates. However, in contrast to IgM, which remains stable over evolutionary time, IgD shows considerable structural plasticity among vertebrate species. IgD exerts biological functions by binding to a specific membrane receptor (FcδR or IgD-BCR) which was first reported to be expressed on human T cells in 1980.

The function of FcδR is not entirely clear, and the exact gene sequence is still unknown. More studies are needed to identify the elusive FcδR and mechanistically dissect how sIgD modulates innate and adaptive immune responses. In vivo and in vitro studies have suggested that this putative FcδR on T cells might play a role in the regulation of IgD. FcδR is expressed on both CD4+ and CD8+ human T cells and CD4+ murine T cells, and human FcδR can also be induced by IL-2, IL-4, and IFN-γ. FcδR could bind sIgD, mIgD, dimeric and polymeric or complexed IgD. Unlike most FcRs which belong to the Ig family, human FcδR has been reported as a lectin with binding affinity for the O-glycans of IgD, which also bind carbohydrate moieties of IgD. In addition, when T cells are induced to express FcδR, which can be attached to mIgD on B cells to promote the interaction of each homologous cell, enhanced antigen T cell and B cell responses are yielded. In vitro studies, in light of FcδR, may act as a synergistic stimulus in the T-B interaction during antigen presentation, it reasoned that FcδR expression facilitates the ability of T cells to respond to antigens presented by B cells. 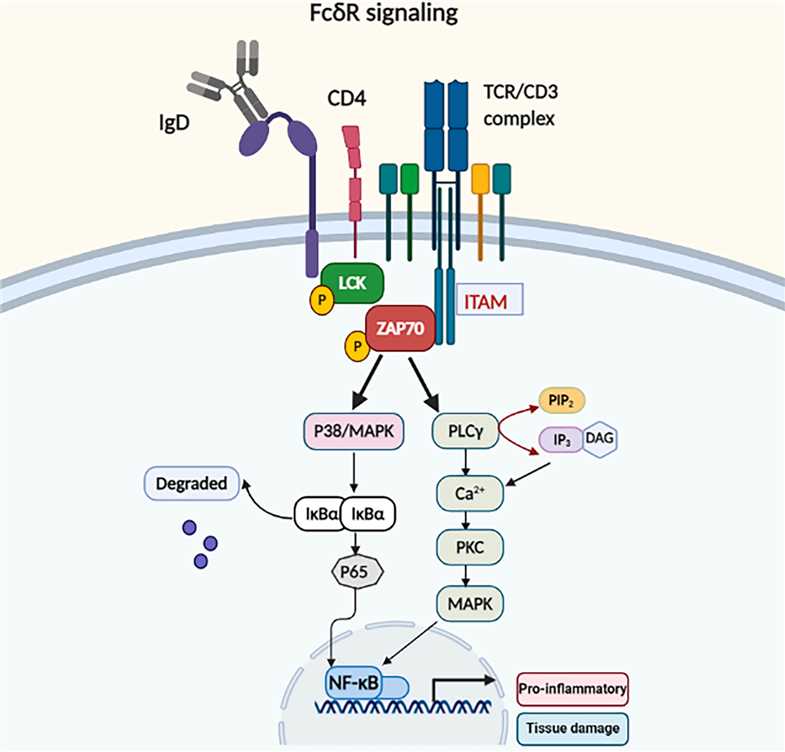 Both IgM- and IgD-BCR isotypes have short cytoplasmic tails of three amino acids and are dependent on the Igα/β subunits for signal transduction. Regardless of some overlapping functions, IgM and IgD might still have distinct roles during B cell development. Recently, it was shown that the IgM- and IgD-BCR isotypes are organized on the B cell surface and respond differentially to various Ag forms. In the light of these new findings, researchers suggest a rheostat mechanism of IgD-BCR that regulates mature naive B cell activation. Moreover, several studies have shown that high expression of the IgD-BCR may help physiologically autoreactive B cells survive in peripheral lymphoid tissues thanks to unresponsiveness to self-antigens and help their entry into germinal centers to redeem autoreactivity via somatic hypermutation. 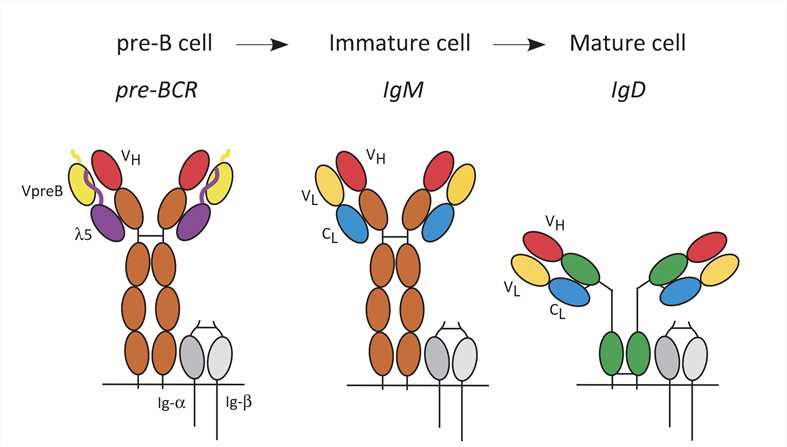 Creative Biolabs provides a comprehensive suite of customized antibody and related services in a timely and cost-effective manner to satisfy your specific needs. If you have any questions about our services, please contact us and we will provide you with a detailed explanation.